The Story of Shiloh the Siberian Husky (Fur Angel)

When we first met Shiloh, we were living in Tucson, Arizona. My husband and I were working at a Pet Store called Animal Kingdom (and yes EVERYTHING you hear about Pet Stores is True!) I must admit, we weren't planning on getting a puppy, but when she arrived on the truck shipment of puppies. . there was just something about her.

When Shiloh arrived at the store, she was terrified of people, loud noises, and she had green stuff coming out of her eyes, nose, and rear. She was a sick puppy. They put her on all kinds of medicine. Because I knew she was a special case, every day when I came into work, I would take her into the puppy room and play with her. She always hid in the furthest corner away from me. She would just tremble like crazy!

I tried very hard to find her a home, but no one wanted her, she was so sick and scared all the time, the company was talking about having her put down. None of the medicines they were giving her were helping, and she wasn't "puppy" like, so she wouldn't sell quickly. When I heard this news, I was devestated.

The decision was made that we would take her home. As soon as the company heard that, they decided she was still worth money. So not only did we have to pay the full price for her, we were now stuck with this sick and terrified puppy.

When we got home, she hid underneath our coffee table for the first few days. We would put her food and water just outside the edges of the table, but she felt safe there, so we didn't pressure her too much.

When she saw grass for the first time it was so amazing! I don't think she had ever seen it! She probably lived her whole young life inside of a cage. She was a very strange husky puppy. She was not very hyper, only seldom did she get excited, and because everything scared her, she was easy to train. I think we potty trained her in two weeks because she didn't like to hear the word no.

Shiloh was born in a Puppy Mill in Dixion Missouri. She was taken from her mom around 3 - 4 weeks of age, put on a semi-truck, and shipped to Phoenix, Arizona. From there she was put in a van and dropped off at the store in Tucson. Shortly after we purchased Shiloh, I was fired from that pet store, for telling a woman how sick the puppy was that she had just purchased. It was worth getting fired. Everything you hear about pet stores is true. The puppies are in deplorable conditions, and even though the stores may look clean, so much goes on behind the walls that you don't see.

When Shiloh was just 6 months old, we moved back to Michigan. It took a long time to get her used to people and other dogs, but now, you can't tell she was ever a terrified little furball. She still has a weath of healh issues, and we have had a few big scares with her. We love her Dearly! She is our very special little girl. She will always be our first Siberian Husky.

In Nov. of 2012, Shiloh started to have a lot of major health issues, including loss of muscle mass in the right side of her face, a droopy eye, mouth infections, and eventually drop jaw.  We had to hand feed her for over two weeks, and eventually, she just didn't want to fight anymore.  Our vet is fairly certain she had a tumor pressing on her cranial nerve, that was causing the issues.  Since Shiloh was anemic, and had a comprimized immune system, there was no surgery, or really anything we could do.  On Jan 17th, 2013, we helped Shiloh make her final journey across the rainbow bridge.  We miss you girl!

Sorry, no Tweets were found. 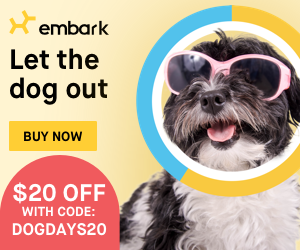